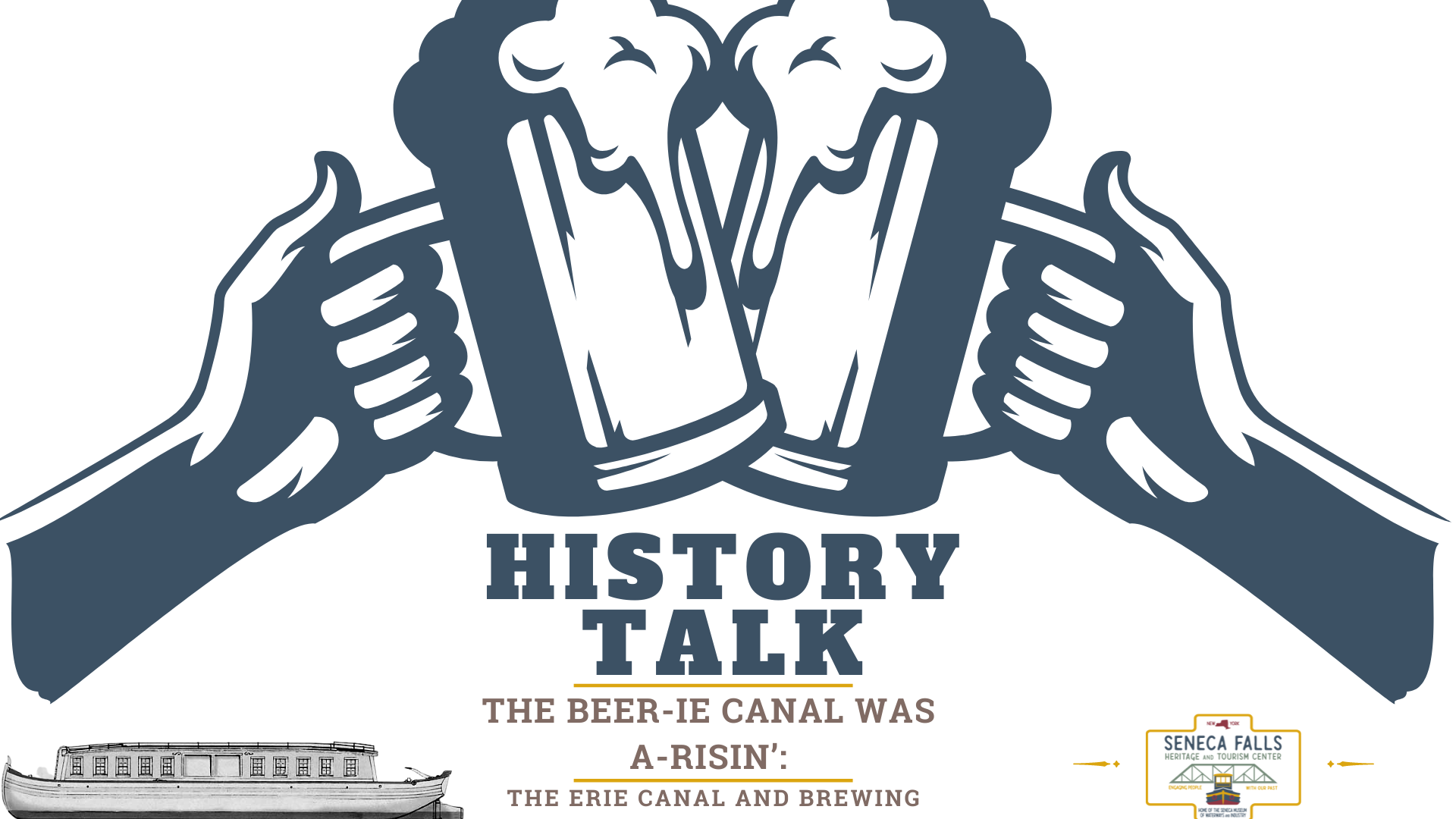 The Erie Canal was a transformative waterway for various industries along its route, including brewing, which flourished from Albany to Buffalo. Join Erie Canal Museum Educator, Derrick Pratt, at the Seneca Falls Heritage and Tourism Center, for this discussion of the Canal’s beer boom in the 19th century and its new one in the 21st.